Diamond drilling experts, Prodrill needed to update their old website, which had originally been developed by Yell, as it was out of date and expensive to maintain.

Working with London-based designer Alun Steel, we took his eye-catching design concept and implemented it using Twitter Bootstrap, which is one of the most popular HTML, CSS, and JS frameworks for developing responsive, mobile first projects.

This allowed us to design a flexible 3 column layout that adapts perfectly to mobile, tablet and desktop viewports. 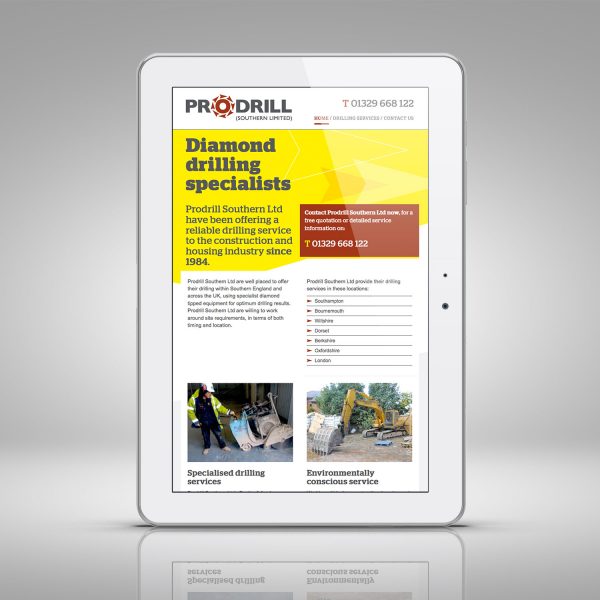 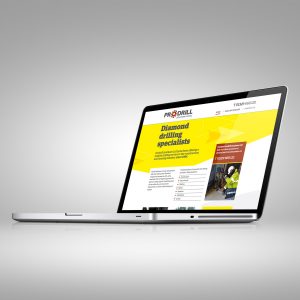 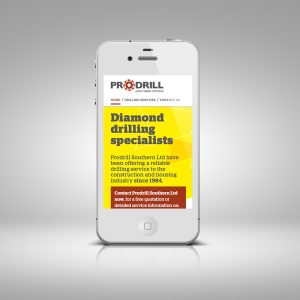 AES are HVAC & renewable energy system installers who serve 2 distinct types of client bases each with particular product sets; see how we tackled the design & SEO and the results.

DBC London wanted to give customers valuable information like spot pricing for precious metals, and also to provide instant quotes for casting based on these spot prices.

Although the farm’s existing website was technically good and ranked well for SEO, the need to cater for mobile visitors meant that they decided to ask us help.

A clean industrial web design for WordPress for an existing client that complements their business sector and creates synergy with their key brands.

Our client wanted to generate enquiries for their beach hut at Mudeford to prospective renters. The website was built from the ground up for maximum SEO and conversion.

We built Rewind Laser’s new website quickly to budget and although quite simple, with just 10 pages and a blog, this is enough of a footprint on the web to consistently deliver high quality leads through it’s high rank in organic search results.

Specialist fine limit sheet metal engineers Falcon Precision had an existing WordPress website which we extended to improve organic SEO and to make the site accessible on tablets and mobile devices.

We built 4 product-focused microsites for AlphaLabs to help build awareness through very focused SEO for some of their important and emerging products. Each of the four sites, whilst delivering unique sets of content, share a common visual DNA.

BigStuff, one of Hampshire’s most prominent large-format print companies wanted a new website to help them to showcase their incredibly wide range of skills through project-based examples and deliver new business with SEO.